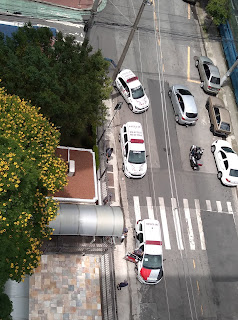 I´ve just glanced out of the window as I could hear loud voices down below. There are three police vehicles outside our main entrance and officers with clipboards speaking to residents. I wonder what is going on? No doubt I´ll hear over the grapevine as I am on my way out to the farmer´s market.

Posted by Sansthing at 05:46 No comments: 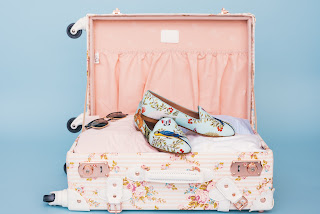 Well, things are gradually getting resolved. When I went downstairs yesterday the fridge was no longer in the hall and the lift door was in place, so I guess that problem was sorted. Best of all, though, I have managed to re-book my flight. I was originally traveling at 1am on the eighth (the cabin crew are striking on the eighth and ninth) but I have succeeded in changing my reservation to 11pm on the seventh, just an hour before the strike begins and only two hours before my original flight, which means all my travel plans and bookings are still ok. Lets hope the strikers don´t change their dates!

Now I have started thinking about packing. My usual modus operandi is to leave an open case out a couple of weeks before my trip and to drop things into it every time I remember something I will need. Then when I finally come to actually pack I just have to weed out the unnecessary items. That works for me, anyway.

The thing is that I am so used to packing only the most essential and lightest items, to be carried in a rucksack for several weeks while I walk several hundred miles. The accepted wisdom is that you carry no more than 10% of your body weight...so seven kilos to include clothes, footwear, rain wear, sleeping bag, toiletries, water, food...every gram counts. Now I can take over thirty kilos in two suitcases and I´m finding it difficult to get my head round it.

I´m not the only one with problems...I just popped down to pick up a delivery from reception (three kilos of dog food so Toby won´t starve while I´m away!) when I saw a massive fridge/freezer by the lift on the ground floor and several people hovering.

Apparently a resident here bought this large appliance without thinking to check the dimensions to make sure it would fit in the lift. It doesn´t! The solution appears to be to remove the lift door, which will involve calling out the authorized technician and a certain amount of disruption and expense. I´m glad it is not my problem.

After I got back with the dog food I was thinking about this and I wondered whether they have checked to see if the fridge will fit through the apartment door. Imagine if they went to all the trouble to take the lift door off, etc and discover they can´t get it in the apartment. Surely someone has thought of this?

I´m half-tempted to go down and ask, but don´t want to come across as an interfering busybody. Whatever happens they will have to get it sorted soon, It is late morning here now and mid-afternoon Brazil will be playing it´s first game in the World Cup - at which point the entire country will come to a stop, even Government offices are closing early.

Out of the 365 days there are in a year the cabin staff of the airline with whom I am traveling to Portugal and London have decided to strike for two days, precisely on the days I should be flying in a couple of week´s time. I plan to be on the move during this trip, with various hotels booked and paid for and visits arranged so any delays at the beginning will have a domino effect from first to last.

This trip has been over four years in the making, what with pandemics and other problems, I just can´t believe this is happening. To make matters worse the airline is of course not answering the phone. Time for deep breaths and prayers...

My youngest son has just tested positive for Covid...again...he has had it several times now. He has two jobs and both bring him into contact with large numbers of people. Recently he was part of the security detail for the top F1 drivers here. It is worrying but hopefully he will have a mild attack as surely he must have built up some resistance by now.

Posted by Sansthing at 04:58 No comments: 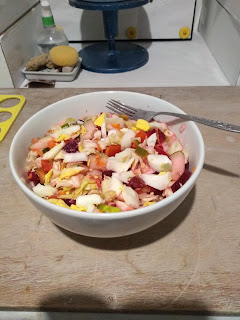 I eat this salad for dinner most nights in summer and I have been increasing the number of ingredients, it now consists of:

By the time I have finished adding everything there is rather a lot of it and it takes half an hour to munch my way through it - but I enjoy every bite. 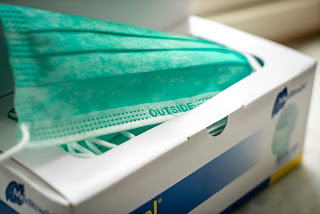 Well, it looks like masks are coming back as Covid numbers start to rise here. The government is recommending the wearing of masks in enclosed public spaces again although it is not mandatory yet and my building is asking people to wear them in lifts and communal areas.

I never really stopped wearing one when out and about, especially on public transport and in the gym, so it won´t make much difference to me. My biggest concern is if this new wave grows to the extent that it affects travel plans - my trip to Portugal and England is in three week's time. Fingers crossed!

Spanish village on sale for €260,000 The new owner would get 44 homes, a hotel, a church, a school, a swimming pool and even a barracks.
The above news item caught my eye. It is similar to other articles where, in Italy for example, the government is trying to repopulate villages by offering houses for sale for a few euros.
I would have thought it a good idea to use these homes as accommodation for the many refugees flooding across the borders. They would have somewhere safe to live, maybe a little garden where they could grow some food and work towards rebuilding and revitalizing the villages. Surely it wouldn´t cost the government any more than they are already spending trying to deal with the refugee problem, and it would also create new jobs in the community for health workers, teachers etc. Genuine refugees would surely be grateful for a safe haven and the chance to rebuild their lives.
It is a simple idea but there must be something wrong with it, otherwise surely the powers that be would have done something along those lines.
Posted by Sansthing at 05:56 2 comments:

I have just googled a quotation I have always liked as I couldn´t remember where it was from. It turns out is was written by the poet Rupert Brooke. I think I originally came across it in my teens and it stuck in my mind for some reason. I remember it as follows:

Stands waiting on the verge of strife

For the great littleness of life."

According to Google my version has two incorrect words, "waiting" instead of "dreaming" and "great" instead of "long". Here is the correct version:

Stands dreaming on the verge of strife,

For the long littleness of life."

I have always found the lines very expressive and poignant, which is probably why I still remember them, and doubly poignant now I realize he was talking about a young soldier in the first World War with its terrible loss of life.

I have just completed my 300th Wordle...it has become part of my morning ritual when I jump back into bed with my first coffee.  According to my statistics I mostly find the right word on my fourth try although once I actually got it right first time, but that was a sheer fluke. I do enjoy the daily challenge and I´m sure a little brain exercise does me good!

Posted by Sansthing at 16:28 No comments: 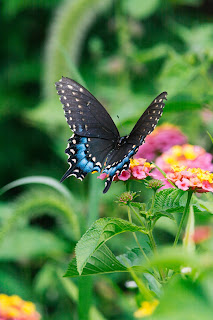 Photo by Gayatri Malhotra on Unsplash 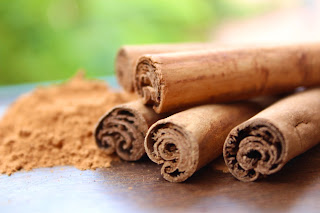 Toby has a bit of a cough from time to time to clear his throat from mucous, mostly when he wakes up after a snooze. I thought I´d try a home remedy before resorting to the vet. According to several Google sources cinnamon or honey may help. He is only a little fella so a pinch of cinnamon sprinkled on his kibble is the recommended dose. I was a bit dubious about his accepting it at first, but he loves it! He is somewhat of a reluctant eater but now he scoffs his food as soon as I put it down for him. I hope the cinnamon helps his cough but even if it doesn´t at least I´ve found a way of persuading him to eat when he turns his nose up at his bowl. I wonder what he´d think of some honey?

So, I´ve just had an idea for a war story with a difference... I don´t know where it came from and although I´ve always fancied myself as a writer I don´t think I have the patience to write a book, but if anyone wants to grab my idea and run with it, you saw it here first! 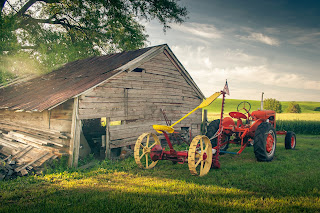 The story is about a British agent/downed airman/escaped POW in France who is trying to evade capture while traveling across the country to escape to England. He initially shelters on a remote farm helped by the farmer´s widow. Ever since her husband´s death the farm has been neglected and machinery lies around unused and rusting. Our hero has the idea of using an old tractor as a means of getting to the coast. He can alter his appearance to look like a farmer and slowly make his way along quiet country roads where he would hopefully be mistaken for a local farmer by the Germans. If he wore an eye patch this would justify his not having been called-up.

It would be a slow but sure way of getting to his destination and the story would consist of his encounters, narrow escapes and troubles on the way. He could start out with a supply of fuel from the farm and when that ran out he would have to beg/borrow or steal some. If it were late summer he could hopefully try to live off the land and sleep in the woods. Maybe he would pick up a companion for part of the way, a young street-smart lad/runaway who could help him out.

Anyway, that is my idea. I think it might actually make a good film...does anyone have Tom Hanks number?

Photo by Timothy Eberly on Unsplash