There are several New Year traditions here in Brazil which most people abide by. They are:

Wear white clothes, head to toe - even my staunchly British father had a white suit and shoes especially for this occasion!

If at all possible go to the beach, where at midnight you will hop over seven waves and throw a white rose into the sea as an offering to Iemanjá. The popular beaches are so crowded it is standing room only!

Iemanjá is an African divinity, introduced to Brazil by the slaves brought over from Africa in colonial times. She is from the Umbanda and Candoblé religions, daughter of Olokun and Queen of the Sea. She is normally pictured in flowing blue robes, rising from the sea, and plays an important part in cultural traditions and beliefs here.

New Year´s day the beach is littered with roses and you have to be careful where you put your feet because of the thorny stems. I have enjoyed most of these traditions over the years. I remember when we used to take an umbrella, or at least a scarf, to the beach to stop our hair catching fire. People used to let off fireworks so close overhead that sparks would fall on our heads. Eventually wisdom prevailed and letting off fireworks on the beach was banned. Instead every year the council would put on a magnificent display from barges moored offshore - much safer.

Well, that was very nice!

I had a lovely Christmas Eve with a large family party at my son´s  house. Here the 24th is the important date with a feast, presents and a very late night. I got home at half past two in the morning! It was a bit weird as some of us wore masks most of the time but at least we were all together. I only hope there are no repercussions.

Christmas Day I spent with my daughter and son in law. We had a nice meal and a quiet relaxing time after our hectic night before. All in all a very enjoyable Christmas with two contrasting celebrations.

Today I am gently pottering about at home and giving Toby some attention as he´s been unavoidably left on his own a bit these last couple of days. He´s usually fine "home alone" as he normally goes to sleep when I´m out. For Christmas I gave him some squeaky toys he´d inherited from my son´s Labrador who sadly died a few weeks ago. His favourite seems to be the rubber chicken although it is nearly as big as he is as the toys are all naturally for a much larger dog. The squeaks drive Toby frantic and he is playing with them so much he has just conked out from exhaustion! 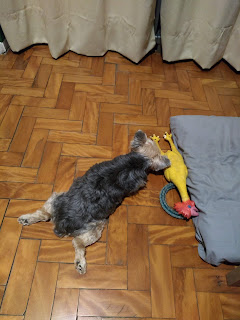 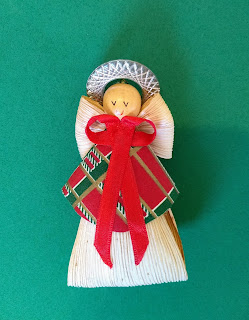 It looks like our traditional large family Christmas is going ahead this year,  with about twenty people. Last year we kept the numbers down and I was one of four with my daughter, son in law and granddaughter. I am somewhat concerned about this year´s gathering.

Although Omicron is currently spreading throughout Europe and the UK, it hasn´t really reached here yet, apart from a few cases. We know it is coming, it feels rather like watching the massive wave of a tsunami approaching, all you can do is take precautions, brace yourself and hope for the best. Oh well! 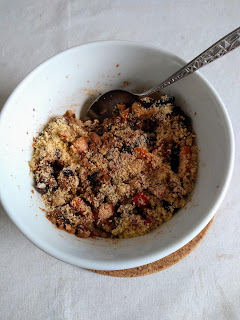 My lunch - chili con carne with a sprinkling of farofa on top.

Farofa is a toasted cassava or corn flour mixture eaten in Brazil. You can buy it readymade or make your own, there are many different recipes. You can season it and add grated carrot, chopped olives, bits of fried bacon, fried mushrooms etc, whatever you fancy. Most families have their own traditional recipe.

The farofa itself is rather gritty and looks just like sawdust before the other ingredients are added. It is usually eaten as an accompaniment to meat, beans and rice or a traditional bean stew (feijoada). I love it but I remember my father complaining that it was just like eating sawdust!

I´ve just heard that two of my grandsons have tested positive for Covid...they are twelve and seven years old and live in England. Thank goodness they appear to only have it mildly according to their father, although he says he has been really poorly for about ten days, even though he and his partner both tested negative and are fully vaccinated.

The boys´ mother, with whom they live part time, tested positive yesterday. She unfortunately is unvaccinated, by choice. Their Christmas is going to be complicated this year. 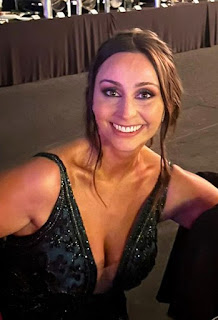 My beautiful granddaughter, the lawyer! This photo is from her ball on Friday. She actually graduated a couple of years ago but all ceremonies were postponed because of Covid. She has since passed her Bar exams and is working in a law firm. I´m so pleased for her as studying for a degree here is hard. Students usually have a full-time day job and study at night and it takes years!

My eldest granddaughter, also a beauty, had a graduation ceremony about a month ago, in England unfortunately so I was unable to go. I´m waiting for photos. She got a First in computer design and animation (I can´t remember the title, it´s too long and complicated)! 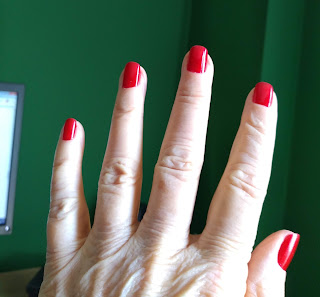 It must be about ten years since I last had a manicure, before I retired and became a slob. Not very practical for a potter, either. The fact is I am going to a formal graduation ball tonight so needs must. It doesn´t start until ten o´clock and goes on until five in the morning...gawd help me! I´ll be going out when I normally go to bed and getting home when I normally wake up, I´m a bit past it for these sort of larks. 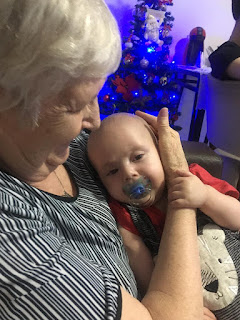 Nodding off on Nana´s lap. What a change from the poor little shrimp who spent the first week of his life in ICU wired up to machines!

Time seems to have sped up lately, I thought it was only a couple of days since my last post but I see it has been longer. I´ve a good excuse though as I´ve been very busy.

About once a year I do a very thorough spring clean. I loath housework and usually get by doing just the minimum but every once in a while I get the urge to do a 'proper' job. The trouble is I get carried away and it takes about two or three days to do each room. I empty all cupboards, drawers etc, wash all the paintwork, sort and organise everything, catch up on all the niggling little jobs and so on...it is pretty hard work...I am 75, after all!

I´m about halfway through, thank goodness, but I wish I weren´t so pernickety, it gets pretty tiring. I also can´t put the rest of my life on hold so I have to keep stopping to do other things. At least this all means I am slowly getting rid of 'stuff', anyway. One of my granddaughters has just moved into her first flat and was delighted to get most of my Christmas decorations!