Thank God it is over, I just hope Bolsonaro goes quietly rather than following the example of his idol Trump. At least now the Amazon stands a better chance of survival.

Brazil is a large country, about the same size as the United States, in fact all the countries of the EU would fit into it twice over and there are 156 million people eligible to vote. Even so, when the polling stations closed yesterday at 5pm, the results were out by 9pm the same evening. I can´t understand why the electronic voting system here, which is admired internationally, is not adopted by other countries where the counting and recounting of ballots by hand seems to drag on interminably.

Anyway, January 1st will be the start of a new era.

Posted by Sansthing at 05:50 No comments: 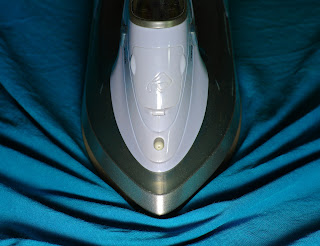 A short while ago I read in The Guardian that the latest fashion is an un-ironed crumpled look when it comes to clothes. Guess what, I have been ahead of the game for years. I may iron something once in a blue moon, for a special occasion, but apart from that I just give my clothes a good shake when they come out of the machine before hanging them on the clothes dryer. Job done!

Photo by Immo Wegmann at Unsplash

I saw my pneumologist recently post-Covid and she recommended I have a vaccination against pneumonia due to my age and other factors. I found that my health plan does not cover this, unfortunately, and to have the vaccination privately was very, very expensive. The local health clinics, where it would have been free, did not keep it in stock.

After searching high and low (bless the internet!) I finally found a hospital for infectious diseases where I could have my jab on the health service. It was a three-hour round trip by underground and bus and I have just got home, tired and hungry, but so glad to have got it sorted. I have to have a booster in a couple of months but at least I know where to go now.

Posted by Sansthing at 10:36 No comments:

The UN "condemns" this, G7 "condemns" that, accusations of war crimes and terrorism abound yet nothing seems to change, Putin carries on regardless.

I´m not a politician and certainly don´t know what the solution is but "condemning" doesn´t make a difference. After all, it didn´t halt the annexation of Crimea by Russia years ago.

This morning when I looked out of the window it appeared to be about start drizzling. Just as I was due to leave to go to the gym.

I noticed that the glass was covered in speckles...on closer examination these proved to be fruit-flies, or banana mosquitoes as they are known here. Although they don´t bite I particularly dislike them as they not only spread germs but also try to lay their eggs on any food lying around, especially my fermenting kefir. I gave them a good zap with insecticide spray...only to find they were on the outside of the window! This meant my lovely clean window was now all smeared and needed cleaning.

After the gym I went to the only ATM which accepts my UK bank card and found it no longer works there either. I´ve now run out of options for using my card here. I´ll have to try and sort it out when I go to England in December.

Last but not least I was due to go out for dinner with two friends. One cancelled because she has come down with a bad cold, which left two of us. The second one cancelled a few hours later, unfortunately she had fallen over while out walking. Thank goodness nothing was broken but she was pretty shaken and bruised.

As I said, it has been a funny old day.

I bumped into my neighbour from across the landing today. He is a pleasant lad, nice and polite and friendly. He told me he was moving shortly, which I was extremely glad to hear!

No, not because of him, and his name is not Douglas - Douglas is his dog, a large Dalmation.

My neighbour doesn´t appear to have a 9-5 job, maybe he works from home, but obviously he goes out and sometimes goes away for a few days.  Someone comes and feeds Douglas and takes him for a little walk but apart from that he is on his own.

This sadly affects the poor dog and from time to time he has a good howling session interspersed with throwing himself at the front door. The first time I heard it I thought there was a break-in going on.

It is quite heart-rending to hear and I feel so sorry for the poor animal but so far have been unable to decide what to do. I don´t know my neighbour well enough for a tactful chat, and he obviously loves Douglas, it is not deliberate cruelty. If I made an official complaint he could end up in a shelter or even being put down so I have been dithering for a while.

At least now it is out of my hands and I only hope they are moving somewhere where Douglas has more company.

Knowing when to stop 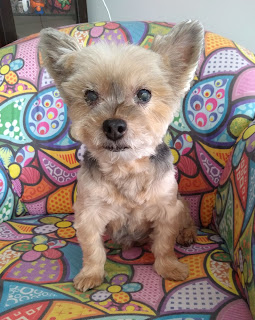 Toby, newly trimmed. The trouble with being a perfectionist is knowing when to stop. I have just given Toby his monthly trim. It is always a struggle as he won´t keep still and gets very impatient, as do I. I have to keep doing bits over a couple of days until his fur is more or less the same length all over. My problem is that afterwards I keep seeing little tufts sticking out which just need a little snip...and more tufts and snips...and more. The poor lad would end up with bald patches if I didn´t control my urge to just keep neatening things up.

Later today I am taking him to the dog groomer to have his nails cut. Do they look at Toby and wonder what happened to him? 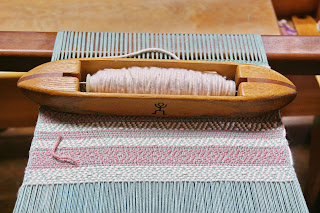 I´ve been in and out like a weaver´s shuttle today. This morning I went to the gym then out again to the farmers market. After lunch there was a visit to the hairdresser for a trim then later I took some work to the pottery studio.

Toby had a good day because every time I go out he gets a sliver of carrot, which he loves. The carrot seems to make him understand I am leaving but will be back because he never barks or cries as I go out the door.

I don´t like having such busy days as lately I have been feeling very tired all the time. I assume it may be a post-Covid problem since it is not from lack of sleep, I get a good eight hours every night and usually have an afternoon nap as well. Today I had to really push myself to go for the haircut and to the studio. Now it is only half past eight and I am yearning for my bed. I can´t let this beat me as I am going to need loads of "get up and go" for my upcoming trip to Portugal and England.

Photo by Robert Linder on Unsplash

I know I blogged recently about the price difference when buying things online, giving an example of my purchase from a local chemist. Well yesterday when I needed to buy my supply of vitamin D I checked the price online and then called at the chemist out of curiosity to compare their over the counter price, since I was passing by anyway.

Most chemists charge about R$20 for a box of four tablets of vitamin D, this particular chemist was charging R$16 online. So far so good. In the shop they said with a discount it would be R$13 per box...yippee...I asked for four boxes. When I got to the till I was charged R$9 for the first box, R$4 for the second, R$9 for the third and R$4 for the fourth - making a total of R$26...go figure!

I´m quite good at maths but I can´t make head nor tail of their pricing system. It wasn´t an error as the bar codes were read into a computer. I´m not complaining, just completely mystified.

Posted by Sansthing at 09:47 No comments:

Well, I´ve finally done it! I´ve bought my plane ticket for a visit to England in December. Since my last trip which I had to cancel over three years ago due to Covid, I have been waiting for the right opportunity to try again. I had so much hassle getting a refund from the airline last time (it took a year) that I have been dragging my feet about trying again. Here´s hoping there are no problems with pandemics, monkey pox or nuclear war...the return airfare is a lot of money for me.

In other news, it is election day here today, fingers crossed  for a peaceful resolution.