Yesterday I lost a friend to Covid.

We had a little group here in our condominium which used to meet once a week to do handicrafts together. You took along whatever you were working on and spent an afternoon chatting and drinking tea and often someone would bring something to nibble. There were the usual knitting and crochet, embroidery and even some tatting as well as decoupage and other handicrafts, with the more skilled helping those who wanted to try something new. My friend was probably the most skilled of all of us and very generous with her help.

When the pandemic started a couple of years ago naturally our meetings ceased since we are all elderly and therefore at risk. We retreated to our boltholes and only kept in touch from time to time. I heard that my friend, one of the youngest of our group had died of Covid yesterday It was a shock as I hadn´t even known she was ill.

Apparently her daughter and then her husband (who had survived 4 heart attacks!) caught the virus but only mildly. Then she came down with it last week and died two days later. She was fully vaccinated, in her early sixties and in good health. It is very sad.

I checked out this new word game out of curiosity since it seems to have become a viral success and found I liked the challenge. I play it on my phone while I have my morning coffee. It is free, fun and a good way to kick-start your brain for the day. So far I have played 20 times and managed to find the word every time! 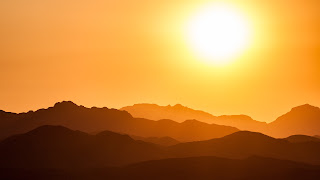 Summer has arrived with a vengeance. After a coolish rainy start we are now roasting. Today the thermometer hit 37C (98.6F). Since I don´t drive I do most of my errands on foot - today I walked about 5 miles under a blazing sun and wearing a mask!

Another link with my distance past - when I was about ten years old our neighbours, an Australian chap and his American wife, had two children roughly the same age as myself and my brother. We were friends of sorts, mostly because of the proximity and the fact we were all foreigners. They had a small farm in the interior and we used to sometimes go there for the weekend which was great fun. The girl, N, and I never became bosom buddies but we rubbed along and frequented the same parties later as teenagers even after my family had moved away. Her brother, J, was slightly older and ran with a different crowd.

Eventually in our late teens our paths diverged, N went to Canada and I went to England. My brother, who remained in Brazil, oddly enough was to one day live with J´s ex-wife and child for a number of years and help bring up J´s daughter.

Anyway, roll on about forty years. I am back in Brazil and choose an area to live in and an apartment to buy because it is near where I work and I´m tired of a long commute. After living here for a few months who do I find lives in the same building as me? N of course!

There are four buildings in our condominium, she was not only living in my building but also the same wing, just four floors up from me, neighbours again. We caught up with each other´s news and used to chat when our paths crossed in the lift but after a couple of years N moved to another town and I doubt we´ll ever meet again, but what a coincidence. 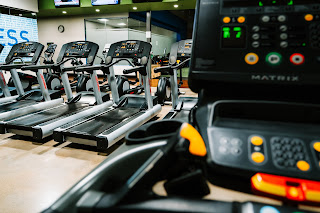 The only form of exercise I really enjoy is walking. You can wind me up, set me off and I´ll keep going like a clockwork toy until the batteries run out. Unfortunately a long walk is not really an option where I live, but a couple of inactive pandemic years are taking their toll so it is time to do something about it.

I dislike doing 'regimented' exercise, I find it very boring, but needs must. If I want to maintain a certain level of fitness and be able to do more 800km walks in Spain I have to get moving. Use it or lose it, so they say...so I´ve joined a gym. I plan to just use the bike and treadmill initially and see how it goes.

There is a genre of music and dance here in Brazil called forró. It originates from the north of the country and the principal instrument is the accordion, plus types of drum. The couples dance close together to a fast rhythm with intricate steps.

There are two different suggestions for the origin of the name forró - one to do with the fact that in the original rustic dance halls the floor was of beaten earth so the dancers dragged their feet instead of lifting them to avoid raising dust.

The other explanation, which I find interesting, is that the name supposedly comes from the English words "for all". In the early 1900´s many British engineers and railwaymen came to Pernambuco in the north of Brazil to help construct the railways here. Being stuck in the middle of nowhere they entertained themselves by holding dances for local bigwigs. Occasionally these dances were opened to the public, with posters advertising they were "for all". The local populace began to pronounce this as forró, applying the name to the music and style of dancing as well. It is interesting how language evolves.

Posted by Sansthing at 08:02 No comments:

Some years ago I went on a group walking trip to an island down south. It was a lovely isolated place accessible only by a two-hour boat ride and with no cars or electricity. There we had a local guide who led us on some excellent walks. At some point she told me that there had been an English woman in a previous group who also came from São Paulo, and she wondered if I knew her. São Paulo has over twelve million inhabitants...I also didn´t know anybody called K but I gave the guide my phone number anyway and promptly forgot all about it.

A few weeks later I had a phone call from K who had been contacted by the guide. After some chat we managed to establish that we had known each other as young teenagers, about sixty years ago! Our parents were friends so we had frequented the same social events for a while until life moved on. We have since been on several walking trips together, including a couple back to the island, and she was also on the Machu Picchu trip. Small world. 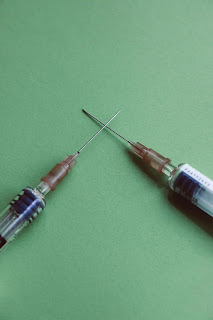 As Lady Macbeth so famously said "Yet who would have thought the old (wo)man to have had so much blood in him?"

My son took me yesterday for some blood tests as a follow-up to my recent operation...the doctor had requested thirty one tests!

Not the best of ideas! 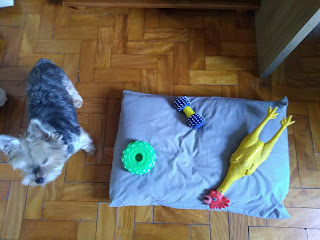 I should have known better...giving Toby three squeaky toys over Christmas was like giving a drum kit to a child...the noise never stops! 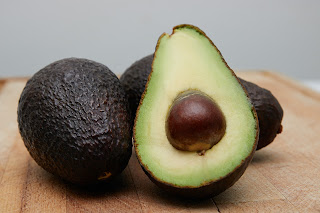 My parents emigrated to Brazil after the war when my brother and I were toddlers. They naturally came across exotic tropical fruit here which was virtually unknown in the UK at that time.

Amongst that fruit was avocados, when they were gifted a crate of them. Not knowing how to eat the fruit they just tried the pulp 'as was', decided that they tasted like soap and threw the rest away! Some time later my mother was taught how to prepare them by pureeing the pulp with lemon juice and sugar, producing a truly delicious dessert - which is how I grew eating them.

It wasn´t until I was an adult that I discovered avocado could be eaten in salad (still tastes like soap), as guacamole or even on toast, which I believe has become a trend (I´ve never tried it). While I like guacamole I must admit  that for me the very best way to eat this versatile fruit is as a creamy, sweet and tangy dessert! Try it sometime.