On Sunday I had a nice long chat with my son who lives in England when he rang to wish me Happy Mothers Day. I am very lucky because I actually get to celebrate Mothering Sunday twice. In Brazil it is on a different  date, in May, so here we celebrate it then. Double perks! 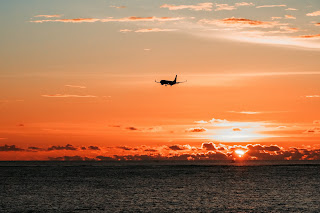 On the 17th of January 2020 (two years and two months ago) I bought a ticket to fly to Spain on April 14th. Naturally it didn´t happen as flights were cancelled at the beginning of the pandemic. I was offered and accepted a voucher since I hoped to maybe be able to travel later in the year. When it became obvious that all travel plans were on hold indefinitely I asked for a refund...and waited...and waited. The airline would not reply to emails or messages or answer the phone and I just gave up after more than two years even though it was rather a lot of money.

To my surprise last week I received an email from the airline saying they had unsuccessfully tried to deposit my refund in my bank account. I had actually changed banks some time ago and informed them of that fact. Anyway, after a bit of hassle filling in forms online etc we got it sorted and lo and behold...I got my money back...wonders never cease.

Photo by Marco Tjokro on Unsplash 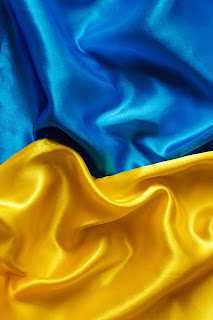 I gather from the news that Russia is strictly controlling whatever is broadcast to their citizens and also trying to control social media in the country, all in an effort to mislead everyone there about what is actually going on in the Ukraine. When this dreadful war is over and the Russian soldiers go home surely the truth will out when their version of events is heard, the powers that be can´t gag an entire army.

Photo by Diana Vyshniakova on Unsplash 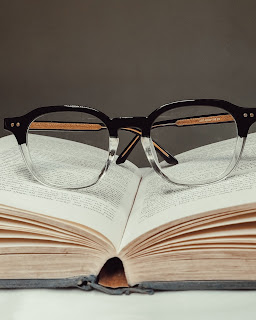 Every now and then I come across old words in my reading which I think are so expressive it is a shame they are no longer in use. Words like bedfast, you can just picture a frail elderly Victorian lady unable to leave her bed. Or handfast, it sounds so much more romantic than engaged...after all toilets and telephones can be engaged! A flibbertigibbet would be a tiring companion and having the vapours covers a multitude of sins. I could go on but I don´t want anyone to suffer from a sense of ennui.

I had to laugh a couple of days ago when I went to the gym. I was greeted by the receptionist, a bearded chap who knew my name and whose voice was familiar. My mind went blank but after a few seconds the penny dropped and I realised he was the person who greeted me there every morning...except I´d never seen him without a mask before. When I saw my trainer a few minutes later he turned out to have a beard as well! I had always visualised them both as clean-shaven as their masks covered every vestige of facial hair. It was a funny experience.

Last week the mandate for masks in enclosed spaces was finally lifted, except for in lifts and on public transport. Life appears to be getting slowly back to normal but it feels strange, the mask mandate was in force here for 22 months which is long enough to make it feel normal. As I said before, when the open-air mandate was lifted, I´m going to carry on wearing mine for a bit. 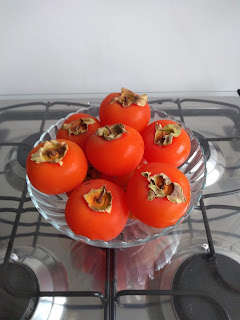 It has been nearly a week now since it was no longer compulsory to wear masks in public open-air places yet today when I was out and about I noticed that up to 95% of the people in the street were masked (including me!). I thought I´d be the only one and that I was probably being over-cautious but I guess not. Considering how much trouble there has been elsewhere with anti-mask protests I´m surprised more people haven´t discarded theirs given the chance. 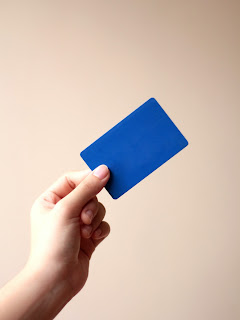 A while ago I had reason to change my bank for one nearer home. When I opened my new account I stated specifically that I did not want a credit card. I have never liked credit cards, I resent paying an annual fee for the privilege of spending my money. Call me old-fashioned but if I can´t afford a large purchase I will usually save up for it, and I use a debit card for payments. I have had credit cards in the past, I must admit, but always cleared them every month, it was just for convenience. I can understand how they may be important for others, though, it is a personal choice.

However...my new bank is really unhappy that I am cardless and keeps sending me messages several times a week. Apparently I will be happier, more fulfilled, stress free and full of the joys of Spring if I accept a credit card...their insistence only makes me wonder how much of their profit relies on charges and interest for said cards.

I received a present today from my friend who died a week ago. Maria Helena´s daughter said her mother had enjoyed our weekly handicraft meetings so much that she had wanted to leave a little gift for each member of the group as a memento and thank you. We each received a goodie bag with a ball of wool, knitting needles and a crochet hook to remind us of our activities together, and also some individual gifts. Mine contained a brooch and a lovely woolen shawl.

Apparently she had been preparing these presents for a while then left them ready with her daughter to distribute at the appropriate time. I was very touched at this thoughtful gesture, and glad to know we had given her so much pleasure. 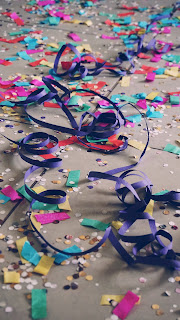 Today is Ash Wednesday, the third and final day of Carnival here in Brazil. For the second year running the famous parades have been cancelled, causing loss of revenue to a large number of people and businesses. These parades are a wonderful spectacle and are professionally organised and run and people come from all over to watch them.

When I was young, in the 60´s, I seem to remember Carnival being quite different, you actually took part instead of just watching.. There were loads of street parades, every district appeared to have one but they were smaller, amateur affairs. There were also loads of parties everywhere, from clubs to restaurants to homes. You would go out dancing, come home at dawn, sleep for the day then be off out again. After three days of this you needed Ash Wednesday to recover! Costumes were worn and confetti and streamers were everywhere. People carried squeezie bottles containing sangue do diabo (devil´s blood) with which they squirted you, it was a bright red liquid which became colourless as it dried, and lança perfume ( a sort of perfumed ether) in aerosols which were also squirted. If this got in your eyes it was very painful and people wore special little transparent masks to protect themselves. Both these substances were eventually banned but still appeared for a number of years.

I think we used to enjoy Carnival more then, nowadays there appear to be far less parties and people seem to regard it more as an extra long weekend rather than an opportunity to dance the night away.

Ah, those were the days!

Photo by Matheus Frade on Unsplash